Best Places To Visit in Norway in Winter 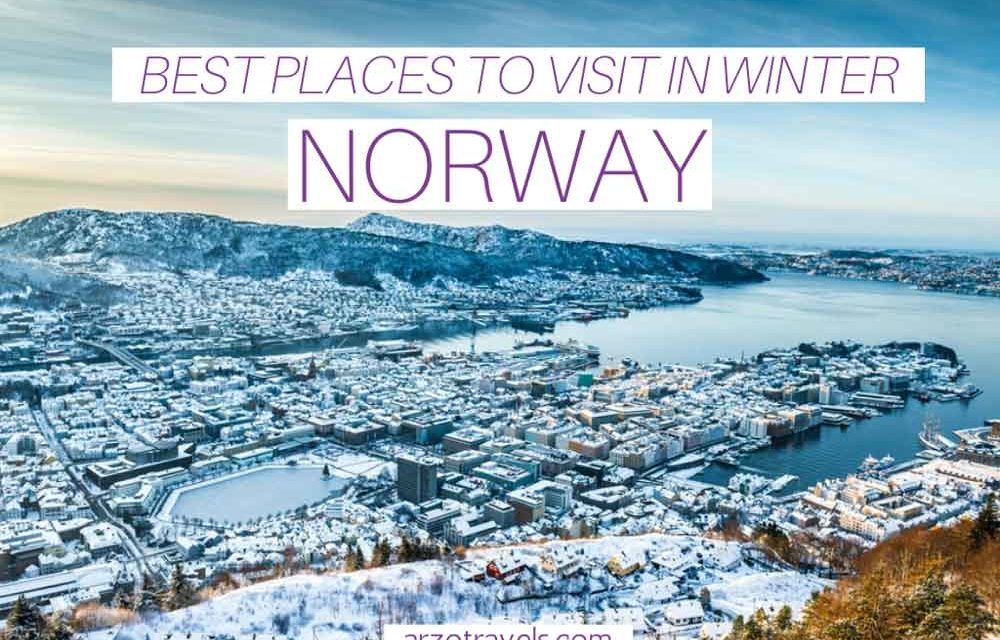 Where to Go and What to See in Norway in Winter

Norway is a country that boasts everything an avid traveler could ever ask for: Frozen tundra, unbeatable wildlife sightings, enchanting cruise trips through stunning fjords, and lively cities.

To find out about the best places to visit in Norway in winter read on – as I am about to spill the beans about where to go and what to see in the cold winter months.

Even though most travelers to Norway visit in summer, a trip to Norway in the winter gives you a totally different perspective of what the country has to offer.

Understandably, a lot of people hesitate to visit Norway during the colder months of the year due to the misconception that Scandinavia is unbearably cold and sees very little sunlight in winter.

However, what most don’t know, though, is that Norway doesn’t get as cold as most believe thanks to the Atlantic Gulf Stream that keeps temperatures bearable.

Plus, the permanent twilight only stays for a small percentage of winter. As long as you make sure to plan your trip to Norway around them and to pack the right clothes, you’re in for a trip of a lifetime!

With that said, I’ve put together a list of some of the coolest (no pun intended) destinations to visit in Norway during the colder months.

From Oslo’s laid-back atmosphere to the magical Lofoten Island and the alluring Arctic Circle, here are some of the best destinations to visit during your winter escape to Norway.

For general tips on what to do in Norway, read this post but for now, it is all about the best winter destinations in Norway.

Here are some of the best places to visit in Norway during the winter:

No trip to Norway in winter is complete without a stop in the Arctic Circle. Famous for its 18th-century wooden houses and unbeatable natural landscapes, the majority of the city is perched on the island of Tromsoya. 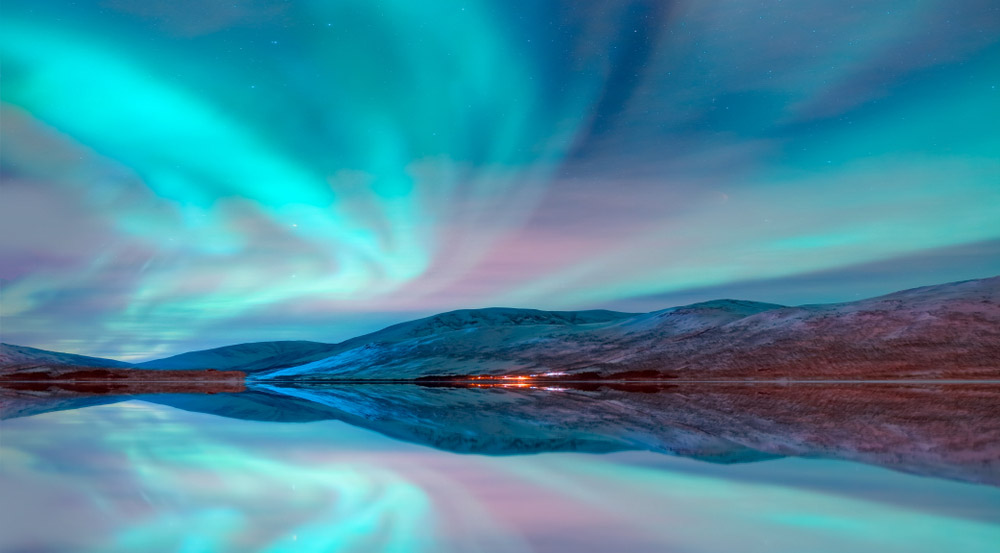 While the main highlight of visiting Tromso is getting the chance to see nature’s most amazing light show, The Northern Lights, the city itself is also worth lingering a while in. What I have learned that Aurora does look better in pictures than in real life.

Yes, they can be stunning but to know how to photograph Aurora is essential to “see” it the best way. 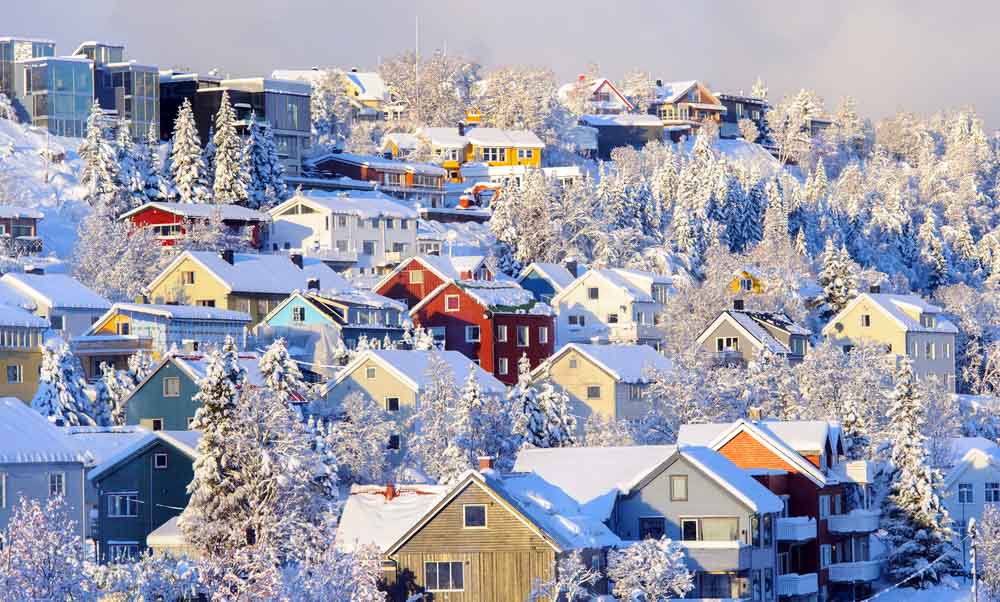 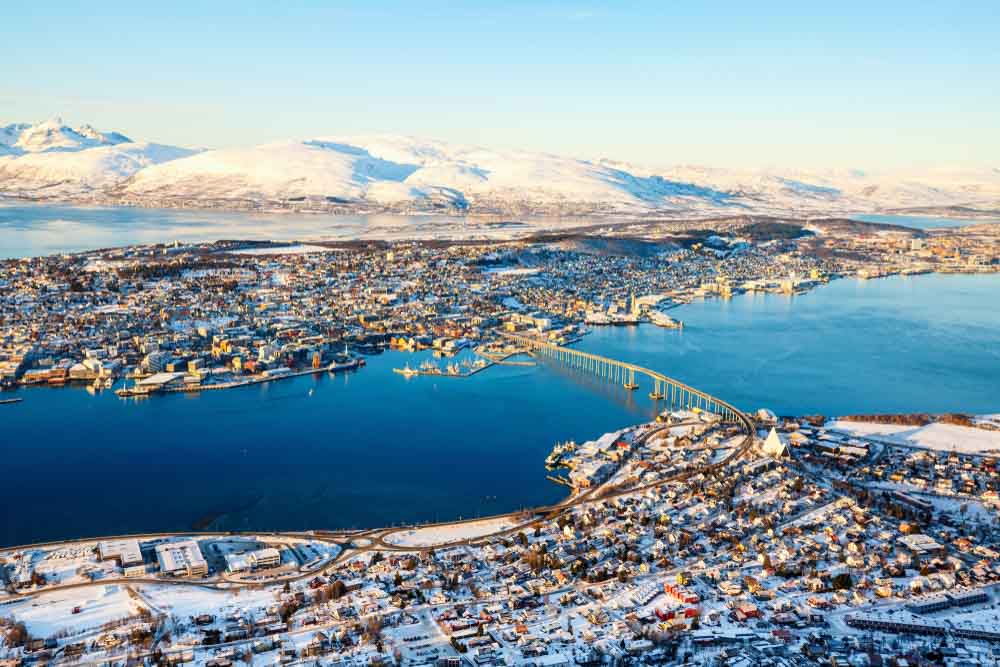 Surrounded by birch tree forests that last for days and numerous museums to learn more about the North Pole, Tromso itself is a highlight on any Norway itinerary.

While here, make sure you take a cable car up to Storsteinen Mountain, where you can catch the unbeatable views of Tromso’s surrounding mountains and fjords.

Dating back to the year 997, Trondheim was Norway’s capital and religious center in the Middle Ages and is home to the northernmost Medieval cathedral in the world. 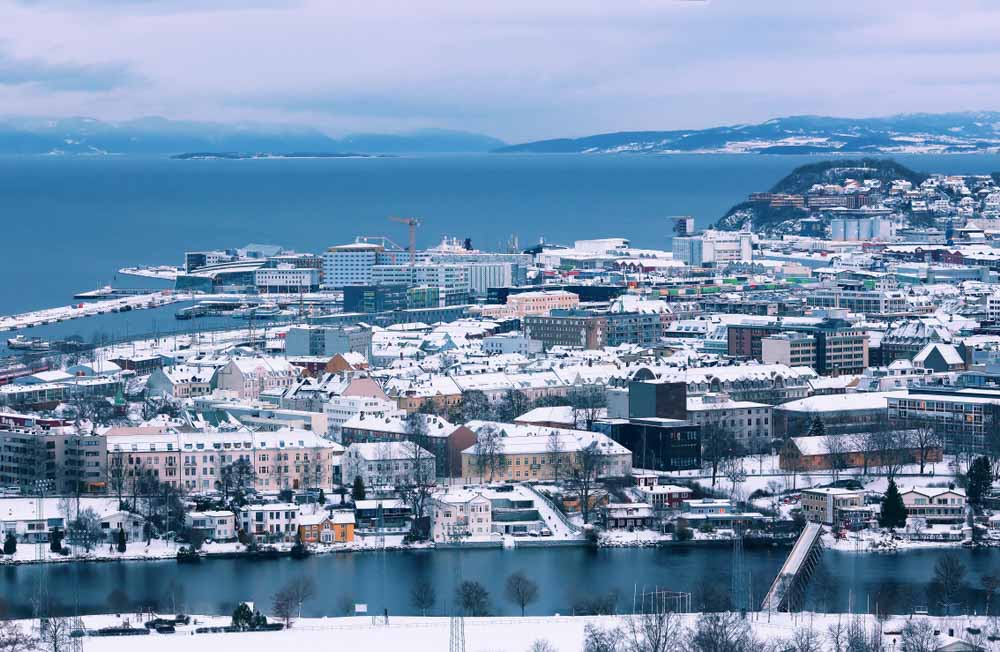 If history is your jam and you’re keen to learn as much as you can about Norway’s history, then Trondheim is a must while traveling Norway. 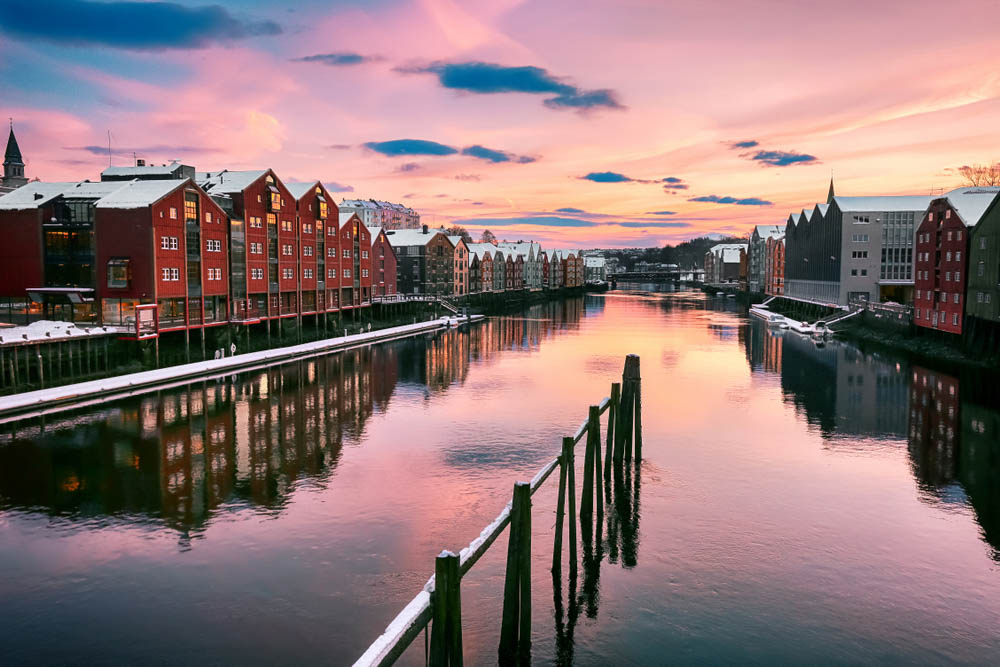 Aside from its historical value, Trondheim is also famous for its fairytale-like setting. Think medieval churches and colorful houses lining the waterway and you’ll get a pretty good picture of what this quirky city is all about.

Commonly referred to as Home of The Giants, Jotunheimen is probably one of Norway’s most famous national parks. 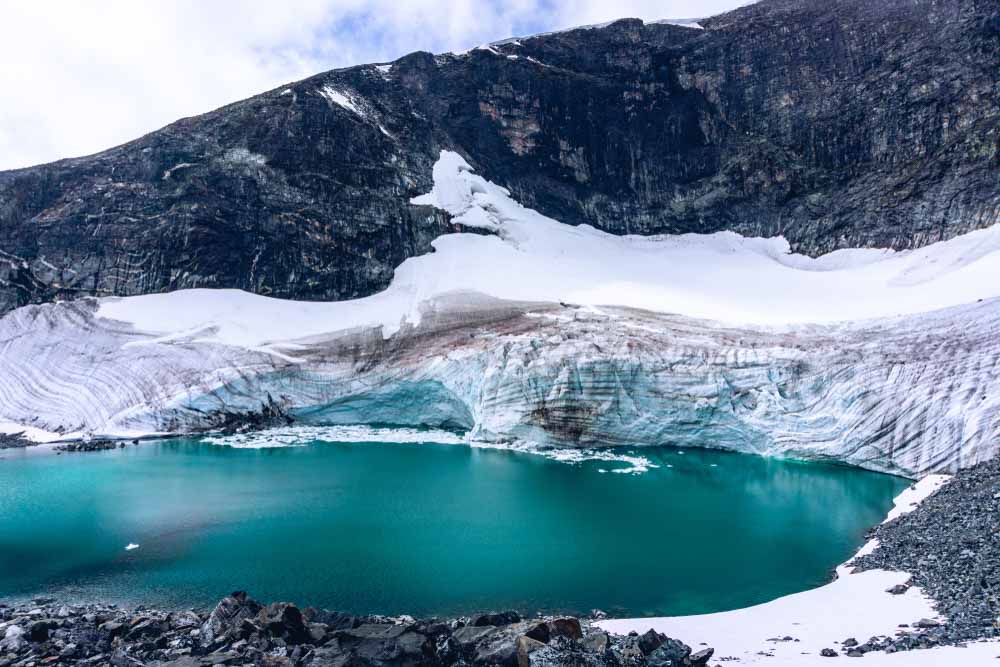 Home to a number of stunning mountain ranges, including some of the tallest peaks in the country and the highest waterfall in Norway, Vettisfossen, spending a night or two here gives you the chance to fully connect with nature.

Glacier hikes, skiing, snowshoeing, and dog sledding are just a few of the things you can do while staying at Jotunheimen National Park during the winter months.

While you can visit on a day trip, I highly recommend staying at least a night in the wooden huts and cabins inside the park.

Svalbard is a cluster of islands sandwiched between the Barents Sea, Arctic Ocean, Norwegian Sea, and the Greenland Sea (yep, that’s a ton of seas!). 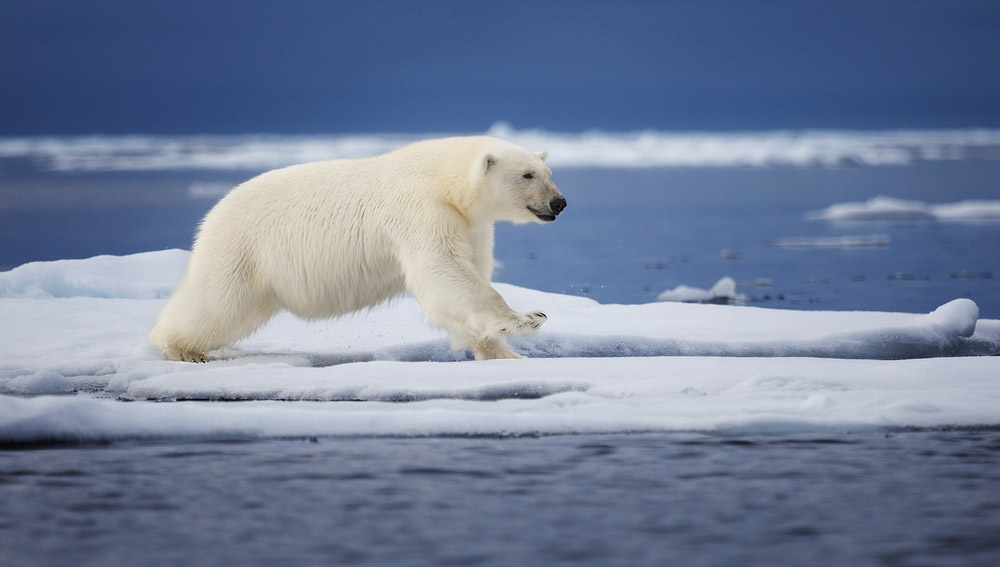 Even though getting to Svladbard is a bit of a trek due to its remoteness, visiting gives you the chance to step foot on the northernmost permanently occupied settlement on the planet, far more northerly than any part of Alaska and all but a few of Canada’s Arctic islands. 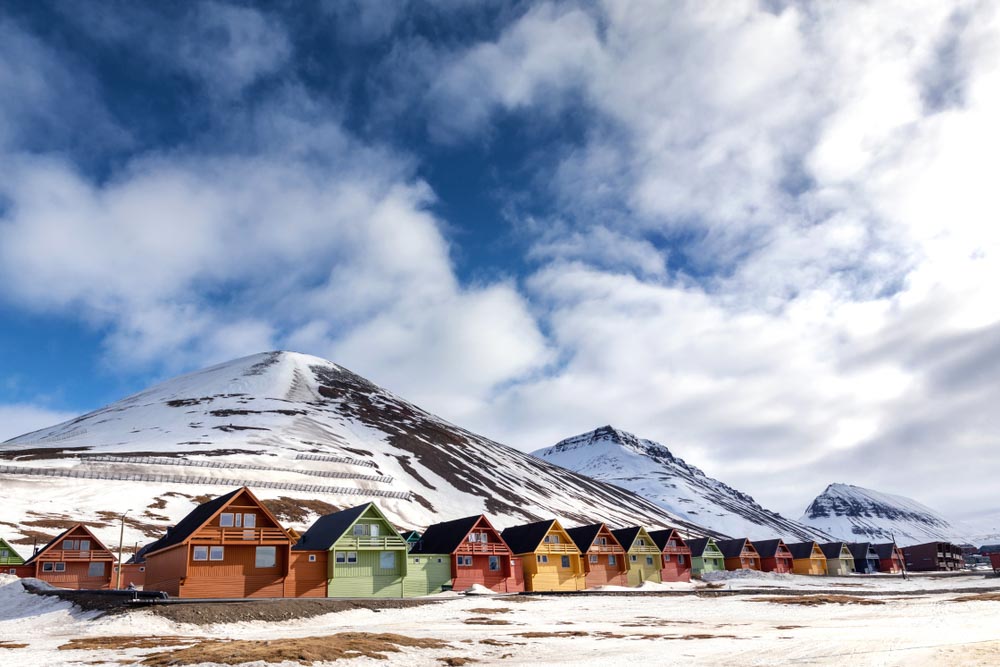 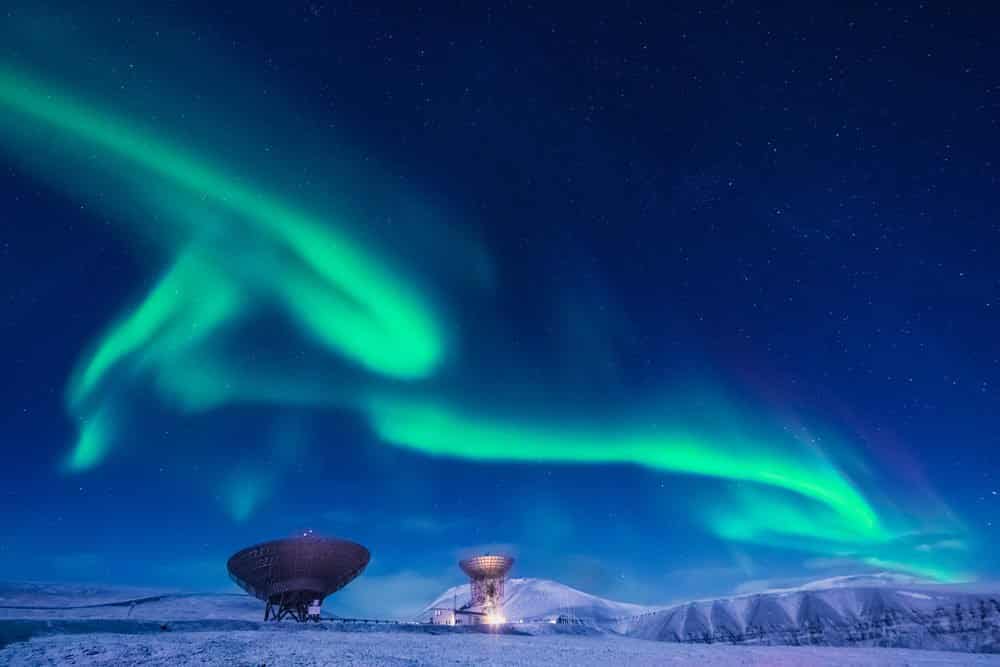 Spending time in Svalrvard means experiencing the Arctic at its best with untouched glaciers, rugged mountains, and some of the best wildlife encounters the world has to offer (think polar bears, walruses, polar foxes, reindeer, seals, whales, and caribou).

Arriving at Alesund feels like stepping into a fairytale town. This quaint coastal town was recently named the most beautiful in Norway, and you’ll quickly see why! 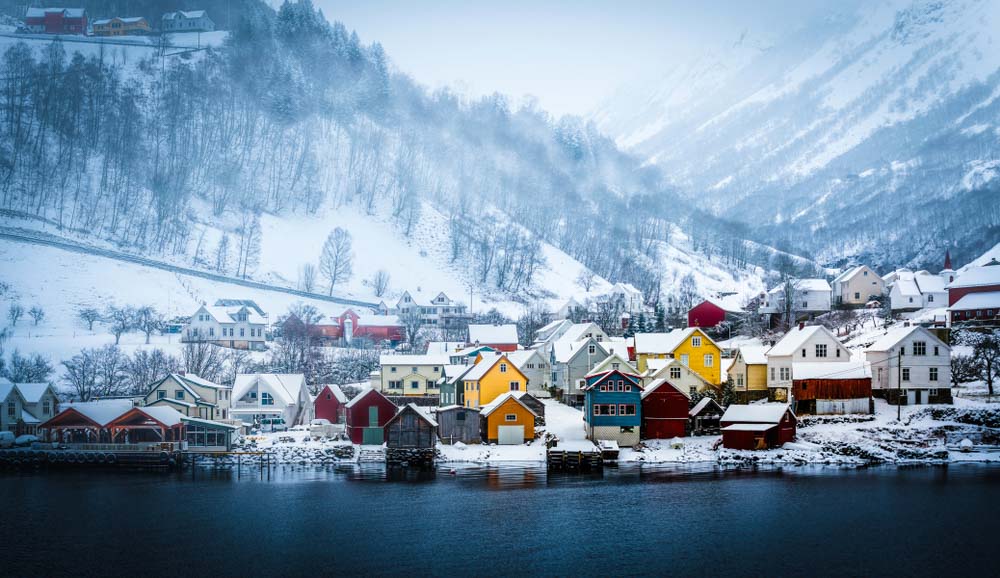 Once you’re all settled in Alesund, take a stroll along the harbor to enjoy the architecture of the town. Alesund is also famously known for its Art Noveau scene, so make sure you don’t miss out on visiting the Kongens Gate and the Art Noveau Center.

Moreover, the town’s sunsets are unbeatable, so if you’re lucky enough to be there on a clear day, hike up to Aksla Viewpoint to get a 360-degree view of the town.

Even though many people traveling in Norway choose to spend just a day in its capital city in favor of other destinations, I highly believe spending at least two days in Oslo is a must to get a good introduction to Scandinavian culture and history. 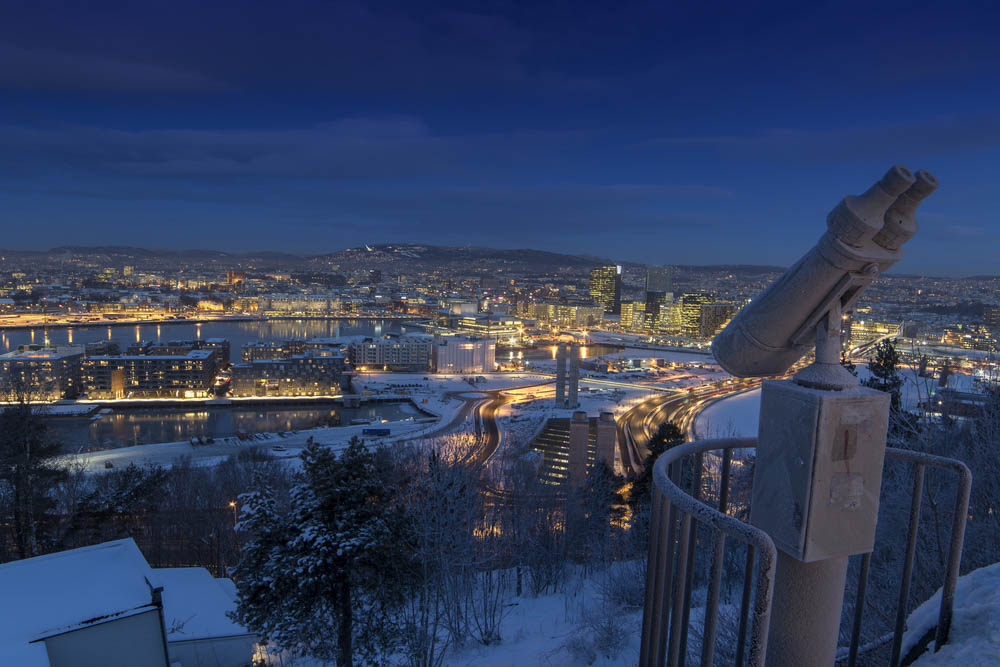 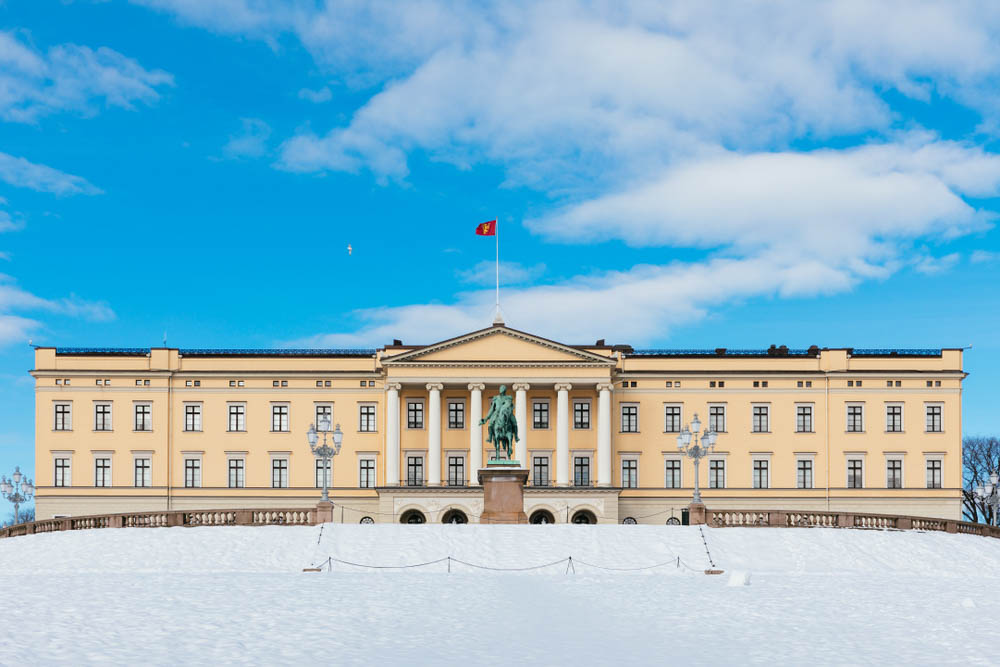 Oslo is a city with an incredibly laid-back atmosphere. While here, make sure to check out the Nobel Peace Center in the old railway station, the Kon-Tiki and the Viking Ship museums, the Vigeland Sculpture Park, and Oslo’s lively nightlife.

If you’re not much of a museum person and would rather spend time in nature, you’ll love to know the fact that Oslo is made of two-third forests, which means you’ll find green spaces galore to get lost in.

Lofoten islands are a favorite destination for locals and tourists alike year-round but during the winter months, the islands take on a magic of their own. 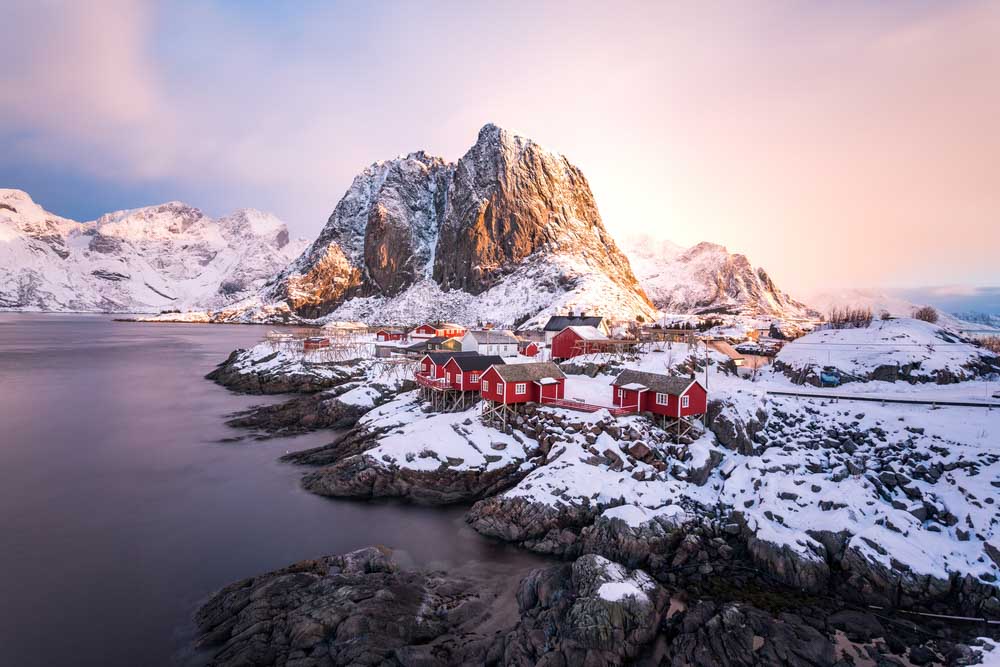 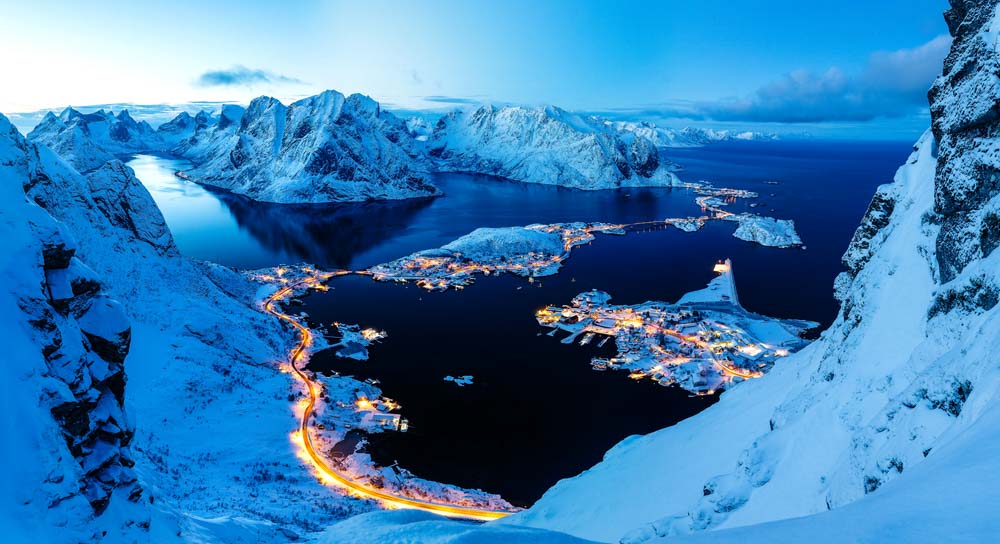 With picture-perfect fishing villages squeezed amid fjords, snow-capped peaks towering over the ocean, and a storybook-like setting,

Lofoten Islands are often described as one of the most scenic destinations in Norway (and that’s saying a lot, considering the entire country is a treat to look at!).

The list about the most beautiful places in Norway in winter would not be complete without mentioning Bergen. It is the perfect city to visit in the cold winter months. 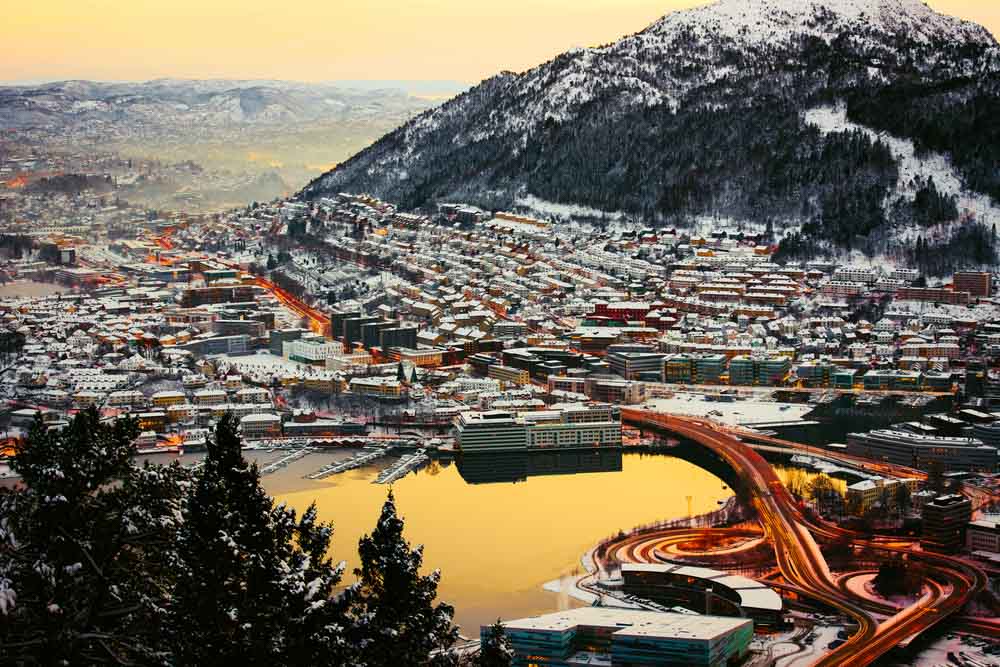 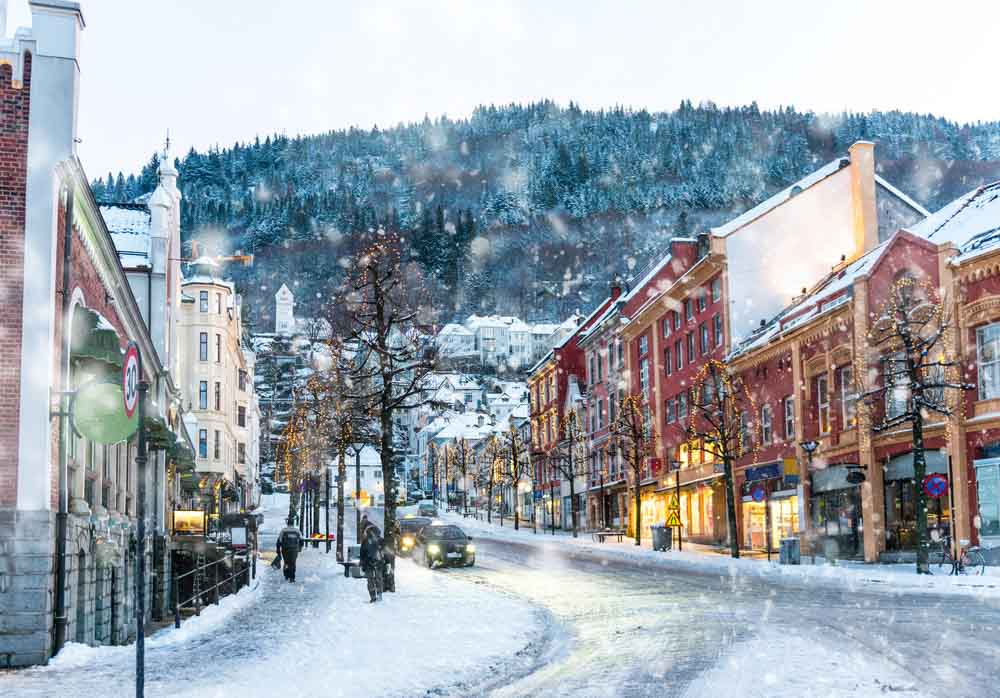 Whether you want to enjoy some winter activities like skiing, sledging and hiking or stroll the town center of Bergen, there is a lot to do.

Enjoy the mountain views from Mount Fløyen and Mount Ulriken – getting up there in winter is quite easy: just take the funicular or cable car so no hiking needed. So, when you visit Norway you must visit Bergen as well – it is actually a perfect place to end your Norway trip.

Now that you know the best places you can visit in Norway in winter, it is time for you to pack your bags and head to have the experience of your lifetime! 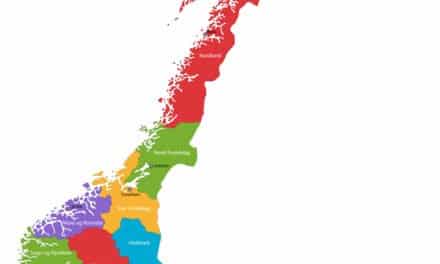 Top Things to Do in Norway – What to See in Norway