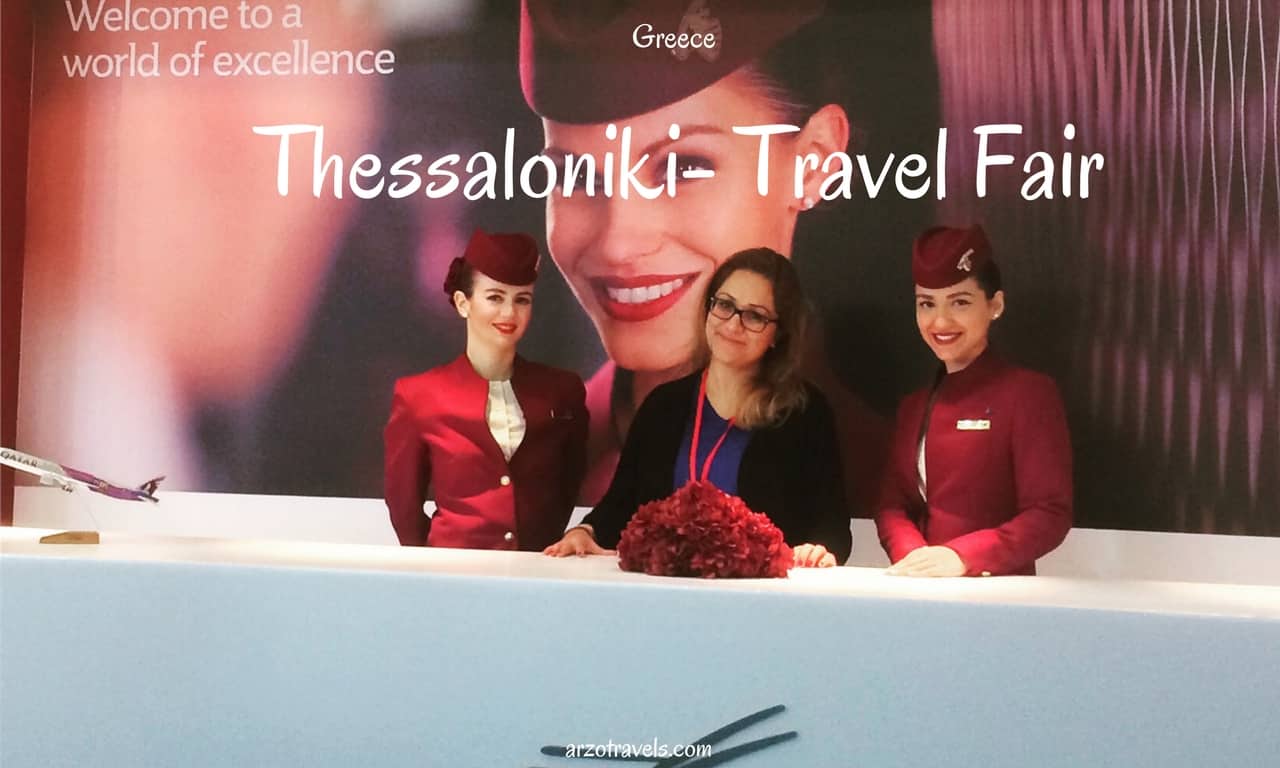 After about 18 months of blogging, I finally made it to my first travel fair as a blogger. And the best about it: it was held in Greece.

As in my previous post written, TIF-HELEXPO invited me to the fair and covered all costs which included flights, accommodation for three nights in a 5* hotel in Thessaloniki, food, and transfer. In addition, they sent me a list with all participants. The cool thing was that I could choose which I wanted to meet – and they actually also scheduled the appointments for me. The fair was held at the Thessaloniki International Exhibition & Conference Center, close to the city center and was introduces as the “most significant, the longest running and the largest tourism fair in the country”.

To cut a long story short, I can already say that I had a good time, and made some, hopefully, valuable connections.

If you think travel bloggers fly only first class when invited or stay at the best hotels (unless you are a budget travel blogger) and eat the best food ever – you are right. Well, not always and only to some extent.

It is the case that many co-operation partners take good care of the bloggers and do a lot to keep them happy. Good food and nice accommodation are often part of it but blogging means a lot of work – especially if you are interested in co-operations and are (or at least want to become) a part- or full-time blogger.

Philoxenia is different from other travel fairs – according to hearsay – and everything was structured and organized but my blogger life during that time was definitely not glamorous or easy.

I would love to visit Greece more often in 2017 but I know that any co-operation was a result of loads of smiling, convincing, explaining and working. You can´t make something out of nothing – this definitely applies if you want to become an honest part- or full-time blogger.

Rather, the fair meant:

BUT it also meant:

Now, one week after the fair I will have to follow-up with tourism boards, some hotels, airlines, and tour operators and see if the fair was actually a success or not. Once this is done and I can actually say if the travel fair was a success or not, so if you see me in Greece next year you can probably tell yourself :).

If you, as a blogger, get the chance to attend the fair I would definitely recommend it. Though I do not have seen any results yet, I think it is a great opportunity to build a relationship but just be realistic what to expect as a blogger.

P.S. I am not sure if I mentioned it before but Mykonos and Santorini are definitely very high on my list (unfortunately, the tourism board did not show up at the appointment), but I already have some ideas what things to do in Mykonos – reading the post makes pretty clear why Mykonos is on my list, or?