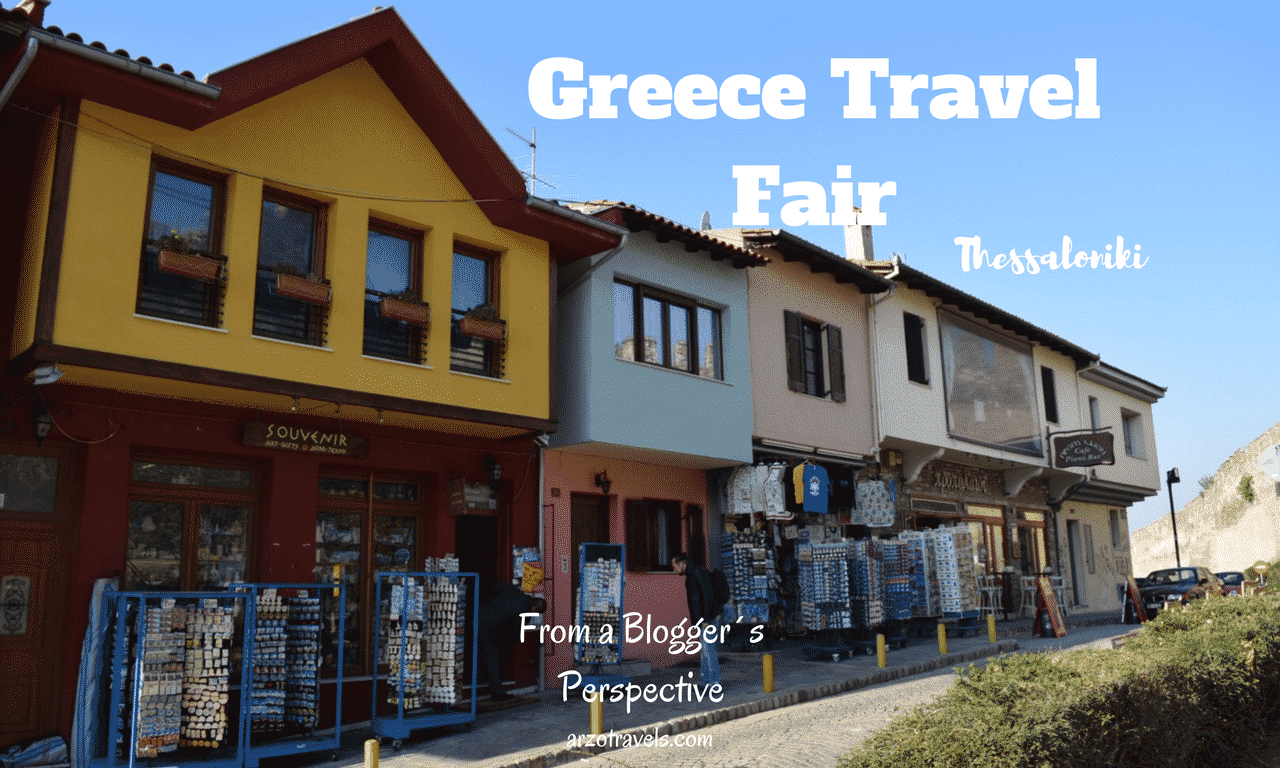 Few months ago, Veera from Veera Bianca, a Finish blogger whom I met earlier this year and who has become a friend of mine, asked me if I wanted to do a press trip to Greece at the end of November. She could not attend since she had flights booked to Asia around that time and so I applied for that trip. I had actually no idea what to expect but a flight to Greece and staying there for two or three nights just sounded very tempting.

I had been to Greece only once before and I was happy about making connections and as it was over the weekend (where I was off from my work) I just had to apply. Greece is a dream destination for me and though I travel the world, I have not been able to explore a lot of the places (especially the islands and the amazing beaches of Greece) yet.

Even if I knew those press trips are a hell of work I was looking forward to seeing new places and meeting new people – especially other bloggers and representatives from PR etc. – and as a result visit Greece more often.

After I “applied” I had to wait a couple of days before I got a confirmation that I could attend “Philoxenia – The International Tourism Exhibition of Greece”.  Yuhu, I was going to attend my first travel fair as a travel blogger.

The Philoxenia is the international travel fair in Greece and the organisers confirmed to pay for all costs, including accommodation in a 4 or 5* hotel, all transfers, food and the costs for the fair. However, I had to  sign that I would have pay myself in case I cancel or do not attend. After the confirmation I started wondering how much I could benefit from such a fair and also what to expect from travel fairs.

I had not attended any travel fair since I have started blogging so I was a bit clueless how I could benefit from such a travel fair as a blogger.

It turned out that the Phelexonia was not very famous among travel bloggers and I did not get a lot of answers to my questions. There are some huge fairs, the the ITB in Berlin oder the World Travel Market but I did not find much about Philoxenia. Especially not from a blogger´s perspective and so I read some posts about other travel fairs. Since this was the first time I was about to attend a fair as a blogger, so I wanted to be well prepared.

The only thing I knew was that I would have to have at least 15 appointments within two days of the exhibition with travel agencies, hotels and tourism boards. However, at that time I did not have much information what kind of agencies or tourism boards were about to attend.

Preparations for a Travel Fair

I was also looking forward to seeing a bit of Thessaloniki. Most important, though, was the fact was that I had some successful meetings which, would result in few cooperations in 2017.

So, luckily I had enough business cards left and did not have to order new ones. I did not know how to present my media kit which is extremely important for bloggers (it includes the states of my social media channels and my blog, as well as more information about my blog and the kind of co-operations I offer).

While I was still wondering about this question, time was running and all of a sudden there was just one week left to the exhibition – and I still had not made any decision in regard of presenting me and my blog.

I received a list of participants which were available for meetings and I was supposed to choose at least 15 companies/brands. I ended up choosing 60. There were many interesting hotels, 2 airlines, and many tourism boards which I thought were a good match for me and my blog.

I still had not made any decision about my media kit, and I kept delaying this decision.

One week before the fair I received my schedule with 50 appointments (I seriously can only remember having chosen 48 appointments) and my days were packed. The first appointment was scheduled for 10.15 am each day and the last ones were at 6:45 pm. For the first day, there was also a sightseeing tour organized – before the fair.

After the fair, cocktail parties at luxurious hotels were part of the trip. I am probably one of the very few that is not very eager about visiting them.

While the fair was getting closer I actually read a post of another travel blogger who attended a travel fair and recommended to use an iPad (or any tablet) for presenting the media kit.

I liked the idea of just showing my Instagram account – and then participants can get an own impression while I do not have to talk myself up.

So, though I am a confident person I left with the knowledge I would have to improvise and answer spontaneously. Since I did not know what would expect me this was actually the way to go. However, I did do some research on the hotels, destinations, and airlines so I would know what kind of co-operation I could ask for but I was not sure if that would be enough.

Are you interested to see how the fair actually went and if I prepared well enough? Read my post on the actual fair here.