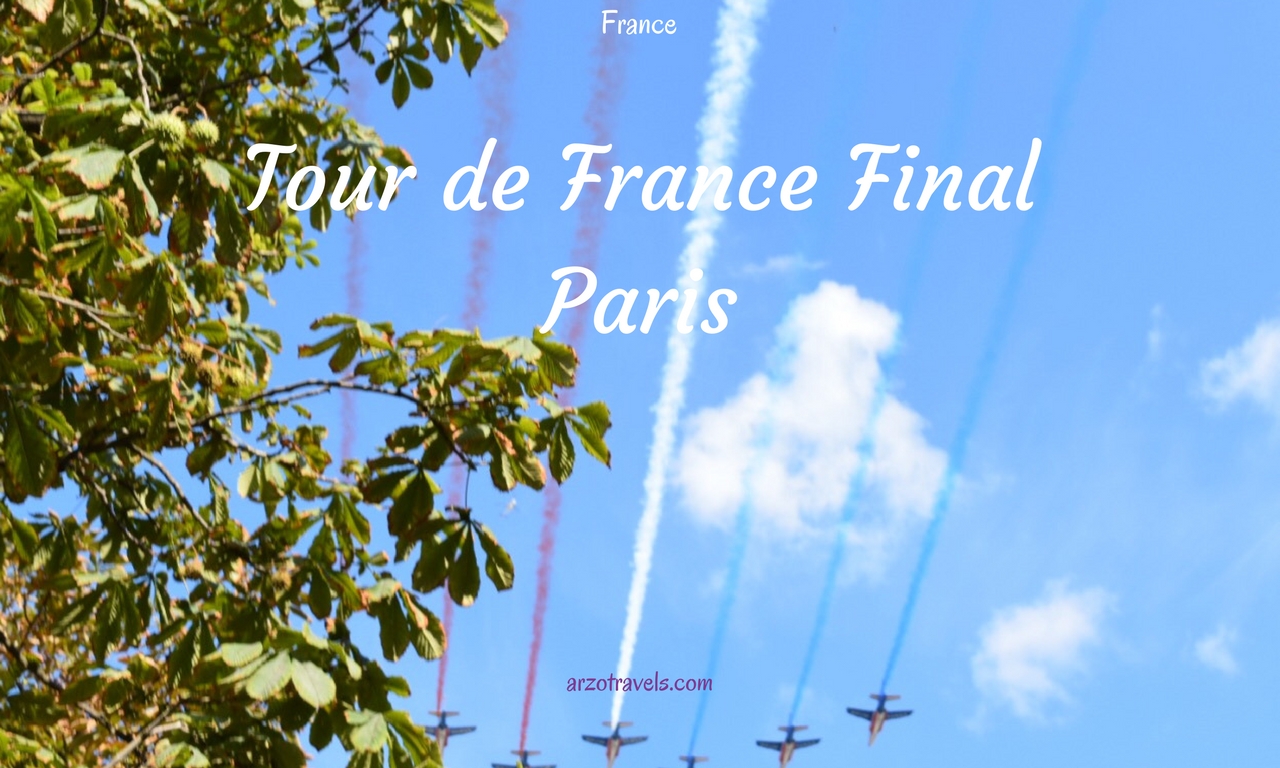 Staying at a budget hotel is a great way to save money and to find more Paris budget travel tips click here as Paris is not a cheap destination, and I rater spend my money on other things to do in Paris than on accommodations.

Of course, I could not say no to such an invitation.

On top, I have to admit, that I looove Paris, which is probably the most beautiful city in the world and I always love coming back.

The Tour de France is probably one of the most important sports events in France, especially in Paris. To be honest, I had never been a fan of the Tour de France, nor did I have much knowledge, but I am always willing to learn and experience new things and so I was very looking forward to visiting.

I knew that the Tour de France is the most important event for cyclists and is one of the biggest sports events in the world and not only in France.

What I also had known about the Tour de France was that Paris, and here Champs-Elysées, was the end destination for the tour. Before my Paris trip, I had spent some weeks in Switzerland and also a day in Bern, the capital of Switzerland, which is also part of the Tour de France itinerary.

What I had not known was that cyclists now have to cycle about 3,500 kilometers through several European countries before finishing the route – which makes about 150 to 250 kilometers cycling a day.

Provided with tickets for the tribune on Champs-Elysées we welcomed the cyclists – most notably the winner Chris Froome. The cyclists have to, which was new to me, actually pass the last route, around Arc de Triomphe, actually 10 times before there is a winner.

Every time, cyclists passed the crowd applauded and cheered them. I joined the cheering though I had no idea who was actually leading because they rode too fast. But all cyclists got their applause and motivation – not only the leading cyclists.

Well deserved I would say after having cycled more than 3,000 km. Congratulations to the winner and also to Paris for holding such an interesting event.

Besides watching the final we also cycled our way through Paris and explored beautiful areas I had never seen before (5th, 13th, and 14th. arrondissements). Paris is beautiful. Mostly at night, but also during day time, and also from those arrondissements. After all those trips and years, I got to see new areas in Paris and I was not disappointed at all.

Not only the final was dominating the trip but also some great lunches/dinners. Dining at Sofitel Champs-Elysées at Les Cocettes and L´Átelier Etoile de Joel Robuchon, Lunch at Nuba and Ciel de Pais – Montparnasse tower 56th floor were some pretty nice experiences.

By the way, I had visited Paris many times before, but for some reasons, I only stayed for 1-2 nights and was always on a budget when in Paris. So, I am very familiar with 3* hotels in Paris.

The hotel I stayed at this time, Hotel Ibis Paris Gare de Lyon Ledru Rollin, was a very pleasant surprise. Considering the hotel standard in Paris, this hotel (there are so many Ibis hotels in that area so make sure not to confuse them) it is a great one with a clean, spacious and modern rooms and lobby, and good breakfast (not comparable to any other breakfast I had in the 3* hotels). It was definitely the best 3* hotel I have stayed so far in Paris.

The trip was a positive surprise and an interesting experience. What a very special experience – actually, I wouldn’t mind going back and having that experience again. Thanks to Ibis for the invitation.

Disclaimer: As mentioned above I was invited by Ibis Hotel, but as always all opinions are my own.

Though I love Paris there are more beautiful areas in France – have you thought about visiting Bordeaux? Find out how to spend a week in Bordeaux.