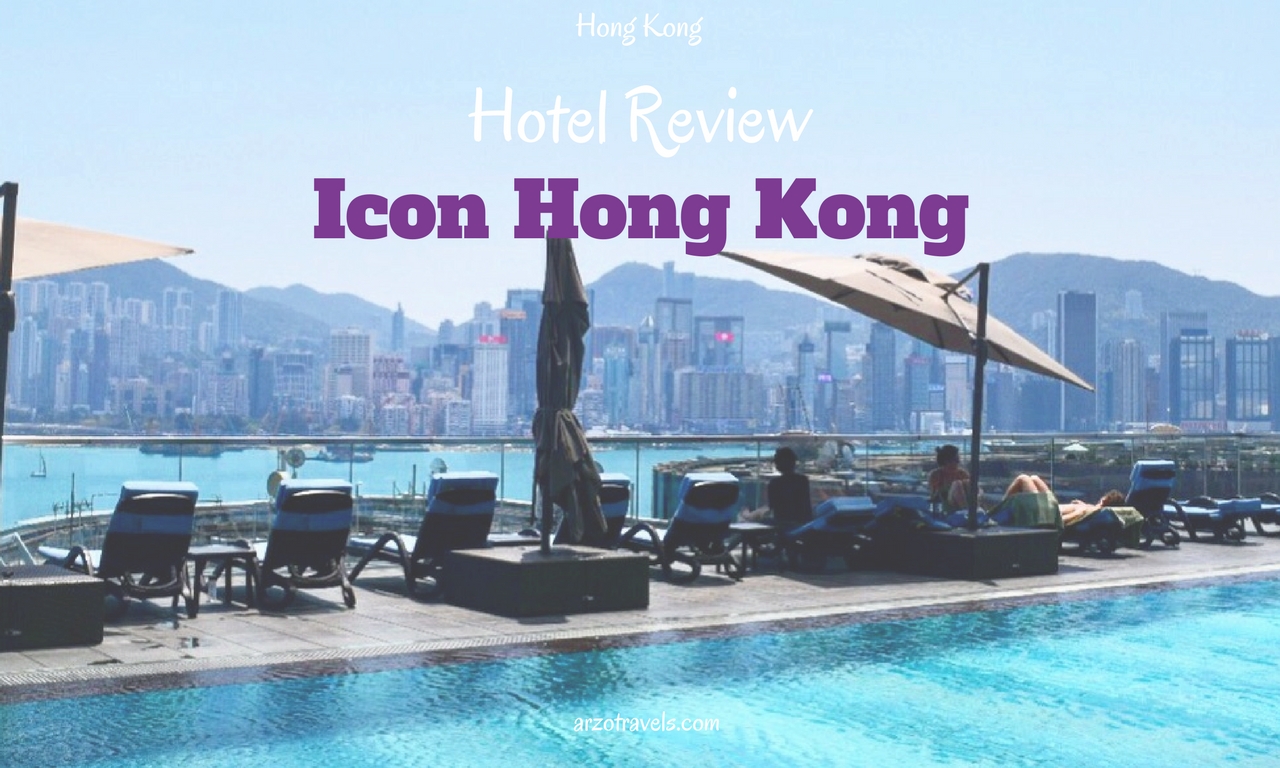 Actually, when I went to Hong Kong, I just booked a hotel for the first night and spontaneously decided to book hotels once I was in Hong Kong. For my second night, I decided to stay in one five-star hotel because I had good memories of that chain. But there were some problems which made me leave (the electricity went down), so we had to be transferred to other hotels, and that’s why I ended up at Hotel Icon hong Kong.

Hotel ICON Hong Kong is located in Kowloon. It’s on the mainland of Hong Kong, close to Victoria Harbour, so it’s pretty central.

Check out the prices for Hotel Icon here

The lobby is very bright and friendly, though it doesn’t offer a lot of seating options. It has become very important for me that I can go downstairs to the lobby and work, but the seating was also a little bit uncomfortable as well.

I checked-in in the afternoon, but the room was not yet ready yet (there were more people transferred to that hotel), so we had to wait in the lobby first and then we were brought to the club lounge, which is on the same floor where the swimming pool is. We were offered snacks, drinks, and though it was late I still felt comfortable though I was a bit in a bad mood as my whole afternoon was wasted with switching hotels.

I had a nice room and an awesome view with the most comfortable chair ever which is like directly in front of the window. This view made up for the ruined afternoon and it became my second favorite spot in the hotel. The room was not the most modern, but it was clean. What’s really awesome at Hotel ICON is that you can use the minibar for free, so there are some soft drinks and beer and some sweets and you can just empty it, which I didn’t do (but of course I ate all the chocolate, I do not like waste 🙂

Also, there’s a Handy Phone, a free Handy Phone for use during your stay. There is free Wi-Fi everywhere in the hotel but there is also an additional service. Usually, handy phones have different apps and work as tour guides,  but also has apps like Instagram or Facebook or google maps and other features such as fast internet. It is promised that all the data will be deleted once I check out.

This is very convenient since you won’t have to activate your personal phone’s roaming service. You can also make free phone calls to certain countries (though I cannot remember which countries were on the list here) I did not use it there but became a huge fan later (read about my experiences with the handy phone at Sofitel Macau and Le Méridien Cyberport Hong Kong)

Hotel Icon Hong Kong has an awesome pool (not sure if it is my favorite one though, there is one I might like a bit better). It’s not very huge, but the view is incredible and it made up for anything that happened in Hong Kong due to the transfer and everything.

I hopped in and at night, I was sitting at the restaurant, which is located next to the pool, and you get the beautiful views. I think that’s what makes Hotel Icon Hong Kong very special. At the restaurant, next to where the pool is, I had pizza there. Unfortunately, it wasn’t very good at all.

The taste was not and it was also cold. But the staff, however, was very nice. There were free bottles of water at the bar, and of course, it came with a nice view.

There was no breakfast included in my stay, but still, I booked extra breakfast. Normally, if you don’t know about the price and the breakfast is included, you might not notice, but since I paid extra for it, I can say that it didn’t convince me. It was about 30€ and there were fresh juices. But except that, the breakfast was not special (though I think fresh juices should be compulsory for 5* hotel breakfasts)  But especially because I was in Dubai before, my expectations of a five-star hotel were higher.

Hotel ICON is a nice hotel, has a great location, and it is close to many sites. The pool and the view are probably the best part of the hotel. Overall, I think it’s a nice five-star hotel (though not top-notch) which I would definitely recommend.

For more accommodation tips on Hong Kong click here and read my post with the best hotel tips for all budgets in Hong Kong!

Disclaimer: This post contains affiliate links, which means I might earn a small commission if you book a hotel after you click on my link. There are NO extra costs for you.

Get the best hotel deasl here.

Review: Hop On and Hop Off Hong Kong