As often when I travel, I decided quite spontaneously on my accommodation. When I was in London it was not much different and I just booked one day before I checked in to stay Georgian House London. In a comparison portal, it showed up as a 4* hotel (the meta description says 5* Boutique Bed and Breakfast), but when I checked out the website of the hotel I could not find any category.

I liked what I saw online and wanted to test the “award winning breakfast” and so I booked it anyhow.Find out more about the Georgian House in London.

DISCLAIMER: THIS POST CONTAINS AFFILIATE LINKS – THIS MEANS I MIGHT EARN A SMALL COMMISSION WHEN YOU BUY A PRODUCT/SERVICE VIA MY LINKS (AT NO EXTRA COST TO YOU).

The hotel is located quite central: Close to Victoria Station in the city of Westminster- one main train station in London. It is not too far from Buckingham Palace (about 1 km) and other main tourist attractions.

There is a lot going on next to the hotel but the hotel itself is located in a kind of side street, it is not loud at all and I actually liked the beautiful street as it is one of the “typical” streets Chelsea, Kensington etc. are known for.

It looks like one of the many beautiful small hotels in Chelsea/Kensington and Nottinghill from the with the hotel’s 19th-century architecture– and I love that kind of buildings. The hotel does not have a lift – which is actually a downside: at least to me.

I had my room upstairs, and kept forgetting things in my room and thus had to walk up and down quite a lot: though, it is a great exercise it can be a bit annoying. If you are not able to take stairs but if that is the case you could probably ask for a room on the first floor. Though, I still do not know what category this hotel is, it looked like a beautiful 3* or 4* accommodation.

The bed & breakfast has single, double rooms as well as apartments for up to six people.

I booked a single room – and it was very small. It was quite charming, though, but if I had had a lot of luggage it would have been a bit difficult. However, I still liked my room, it was clean and neat and had the most important facilities/amenities.

I was really looking forward to the breakfast which was highly praised. The breakfast room was actually quite stylish. It was a busy time, but the staff was friendly and nice and I got a menu to choose from. There was also a buffet where I got some basics.

Of course, I chose the typical English breakfast (with 2 vegetarian sausages instead of meat sausages) but it came with 1 sausage only and though it was nice to look at, I did not like the beans (way too soft) and so I thought about choosing something else, but I was told it would cost extra (I was not familiar with this kind of breakfast and normally only have buffet) and so I did not order anything else.

The second day I chose the avocado and egg – and this is definitely the better choice there (probably take your own knives as the bread was almost impossible to cut). However, so I finally had my first avocado sandwich.

The breakfast is definitely nice and especially considering for the price-level (I paid about 110€ per night which is not that much in London in August, even for such a tiny room). 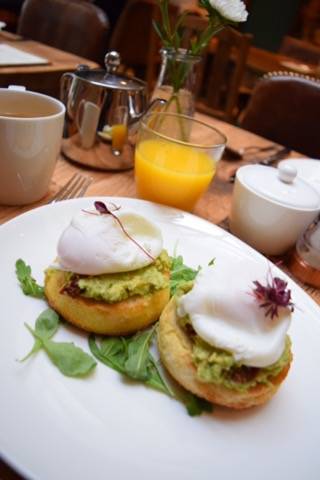 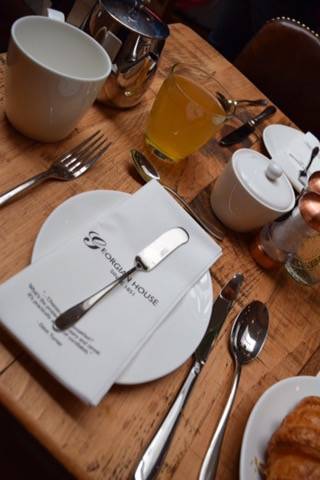 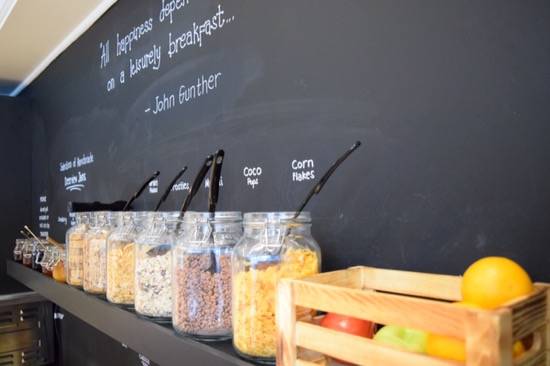 BTW: if you are looking for tips on tips on things to do in Devon here are some ideas.

I really enjoyed my stay at Georgian Hotel and would definitely come back again. Though the room was tiny and the phone in the room is just decoration, I still think it offers great value for money. In Germany, I would not spend that “much” money on such a small room, but London is more expensive, and thus the price is okay.

Check out the prices for your stay at Georgian House here.

After I checking out, I was still in the lobby for a while and writing and working in the small lobby, a nice staff member offered me a tea – that was just a small detail which made me enjoy my stay even more. 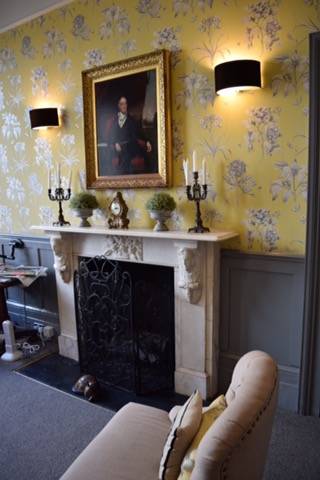 Visiting London in winter? It might be very busy but those Christmas Lights…Just wow. So check out my London winter travel guide.

Check out my 4-day London itinerary 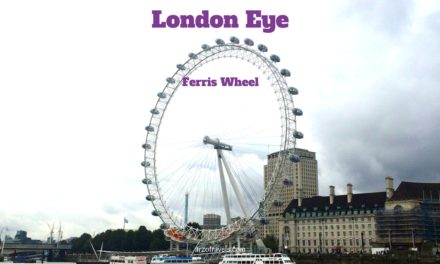 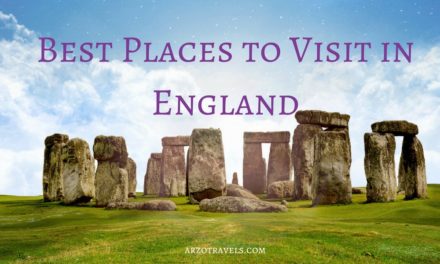 Best Places to Visit in England 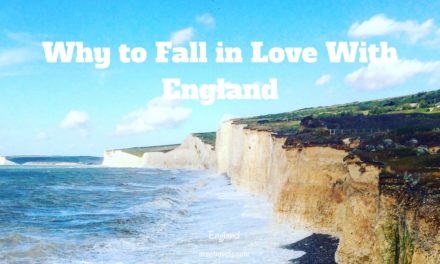 10 Reasons to Love England – and 2 Reasons Why not to 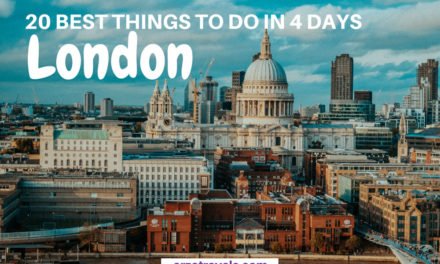